Lenovo has announced the next generation of ThinkPad X1 Nano with some tasteful updates:

The rest remains unchanged and that is fine by me as I still enjoy my Gen 1 device. If it isn’t broken, don’t fix it. This should also do some interesting things to the prices of the X1 Nano Gen 1 which is still a fantastic device. I’m happy to see that this line continues as I think more people will appreciate this exceptional thin and light laptop.

Running benchmarks and tests of this nature aren’t my normal thing since these tests are somewhat theoretical when it comes to real-world usage, but I can appreciate that people like to compare the numbers. For me, the main purpose of these tests was to push the laptop from a thermal standpoint to see how well it did under load.

As shown in the Day 12 video update, thermals remained very acceptable, not climbing higher than 35.0C at the CPU underneath the laptop or at the vent exhaust port.

For more information on the Lenovo ThinkPad X1 Nano, if you haven’t seen the first videos in the series, please consider checking them out below. If you’d like to buy one for yourself, please consider visiting Lenovo’s website through the links on my Affiliates page as I can earn a small commission that goes back to supporting the channel.

My first time looking at a modern T series, specifically the T470s, I was struck by a burning question: what was the X1 Carbon doing if we had other ThinkPad series that were this thin and light? It seemed like other ThinkPads in the family were starting to steal the X1’s limelight. Thinness was traditionally a bit more distinct.

For those that aren’t familiar, the X1 and X1 Carbon lines were created when Lenovo took the X300 and wanted to change it from a halo product that cost thousands of dollars upon its release and make it more affordable without compromising the wow factor. They were successful and the X1 Carbon is seen by many as the flagship for ThinkPad that is often compared against its many rivals from Dell, HP and Apple. The T430s was the first generation to adopt the Precision Keyboard that first debuted on the X1, but this wouldn’t be the last time the Txxxs series borrowed from its popular sibling.

Now the Txxxs line has been around since the very beginning. Lenovo has gotten better and better making the Txxxs line thinner and thinner each generation. The T460s and T470s were 18.8mm thin. The X1 Carbon does remain the thinner (15-16mm usually from model to model) and lighter device, but we are measuring in a few millimetres and grams. Often some of the key differences between the X and T series now is what parts are available for each with the X1 variants having nicer screens either by default or higher-end ones available that aren’t on other models. The main point I’d like to make is there were fewer and fewer reasons to go for the X1 Carbon over the very strong internal competition from within ThinkPads’ own lineup.

Then came along the X1 Nano. Crazy thin and crazy light (13.87-16.7mm and 907 grams for the base non-touch model). Thinner and lighter than the X1 Carbon and only being beaten out by the X1 Titanium announced at CES this year for thinnest yet. Not only is it thin and light, which many laptops are these days, but its default configuration got my immediate attention. While the base model is expensive, it is well justified with all the bells and whistles that come standard.

Base specs give it a 450nit DolbyVision 2K display with an integrated IR camera for Windows Hello and 8GB of RAM as a minimum. Granted that RAM is soldered on and maxes out at 16GB but as a starting configuration, not too shabby. Intel 11th generation CPUs in i5 and i7 variants are par the course and a 57Wh battery for lots of screentime. News and review sites like notebookcheck.com have already compared it against the MacBook Air like its predecessor, just like in 2008.

Honestly, if it had AMD options at launch (I have flimsy reasons to believe that an AMD version might be coming one day) I’d be tempted to cancel my custom-built and pick up one of these. I’d be making a few compromises on my original plans for a new laptop, but wow is this thing pretty. Nobody will mistake this for an X1 Carbon or T14. It’s the sort of “rabbit out of a hat” that I love Lenovo and ThinkPad for over the years and I’m glad to see they still have it. Hopefully, these distinctions will bleed down onto the X1 Carbon to make it a more unique choice like the Z61 did for introducing 16:10 to ThinkPad all those years ago. 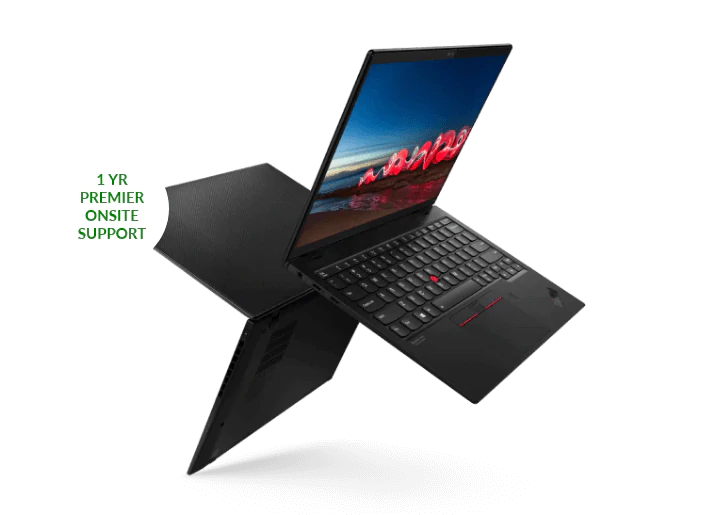